Path to happiness. Ha, Giang has a happy road – why is it named like that? Because this path is associated with the efforts of young people. A 185km long road, built for six years, 14 young volunteers have stayed on the gray stone shutters, and in return is the new life of the people of the next generation in Ha Giang land.

Quan Ba Heaven Gate. Ha Giang Tourist Site where there are majestic highland mountains. Visitors who have had the opportunity to come to Ha Giang cannot ignore the place where the heaven gate is located in Ha Giang. Quan Ba Heaven Gate is likened to the boundary between heaven and earth in the headland of the country – Ha Giang. If you have a chance to go on a tour GiangHa Giang, try to visit this place once in your life 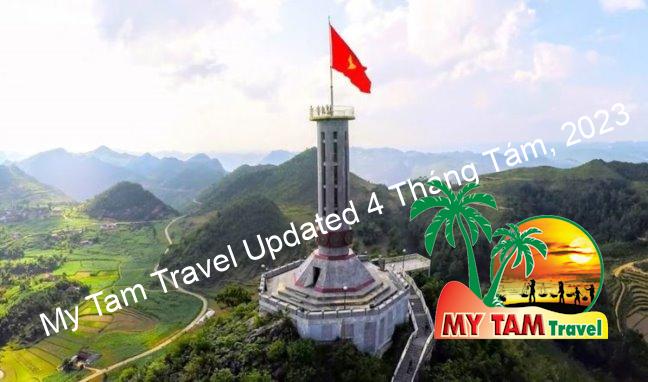 Lung Cu Flagpole. Lung Cu flagpole is a national flagpole located at Lung Cu peak, also known as Dragon mountain peak, with an altitude of about 1,470 m above sea level, in Lung Cu commune, Dong Van district, Ha Giang province. the northern pole of Vietnam, about 3.3 km from the north pole of Vietnam in a straight line

Cang Bac Me Historic Site. The relic of Cang Bac Me located on the green Gam river is also a destination not to be missed every time visitors come to Ha Giang. Cang Bac Me relic is an attractive destination – Ha Giang

En Cave – Explore En Cave in Ha Giang to enjoy the beauty. En cave has a mysterious wild beauty in the highlands of Ha Giang. Traveling to En cave, visitors will be surprised with a cave paradise under the cliff

Hoang Su Phi – Ha Giang Terraced Fields. Hoang Su Phi Rice Terraces. is rated as the most beautiful in Vietnam with a history of hundreds of years of exploitation of generations of La Chi, Dao, and Nung people. Exploring  Hoang Su Phi terraced fields is the most direct way to help you feel the unreal beauty of the northernmost region vùngHa Giang.

THac Tang Tinh. Hac Tang Tinh, also known as Thac Tien, is a waterfall on the Nam Dan stream in the land of Ngam Lam village, Nam Dan commune, Xin Man district, Ha Giang province, Vietnam. The name of the waterfall in Nung language is “Tang Tinh waterfall” or “Wind waterfall”, while the name “Fairy Waterfall” is a new name given by discovery tourism development.

Car Rental Pricelist to the provinces